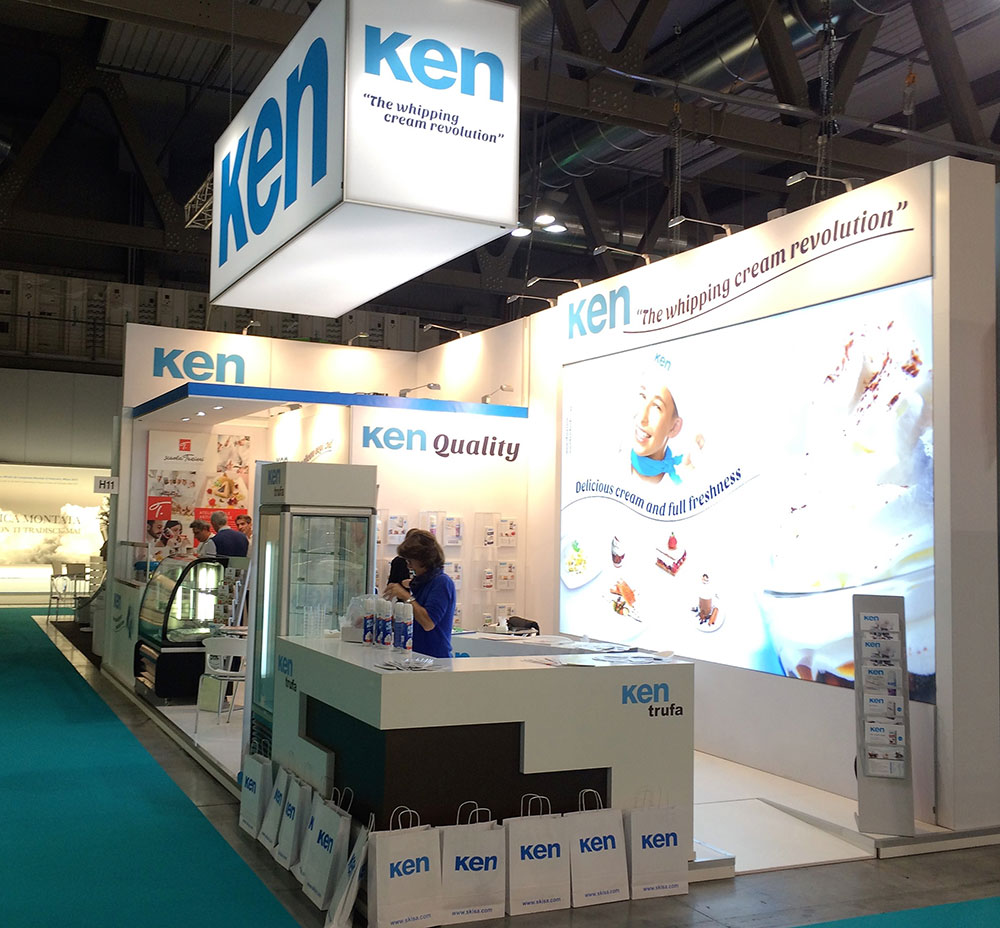 Posted at 14:56h in News by David Gómez Colón

Ken-Foods was present at the Host Fair 2015 in Milan.

Last October was very intense in our company for different reasons, but the most important was undoubtedly our stand in the international Host Fair in Milan.

This year more than 150,000 visitors attended the fair , 40% of which were international, placing Milan as one of the largest fairs in Europe which brings together professionals in sectors as important as catering, pan-pizza- pasta, coffee-tea, ice cream-cakes, HORECA decoration, coffee machines, etc …

Some 1,700 exhibitors from more than 48 countries from all continents, with a sharp increase of 6.5% compared to last edition, and 16.5% increase in foreign companies with 350 new exhibitors.

Host Milan 2015 opened markets like Iran, Cuba or even Africa as a new geopolitical scenario, which also resulted in increased level visits of 13.5% over previous edition.

We mast point that during these 5 days of fair, many customers, suppliers, partners and friends coming from five continents were in Milan to visit or knowing us; we´d like to thank them all for their visit.

This experience has been very positive and we look forward to the next edition on October 2017.

Also, take a look at:

Any cookies that may not be particularly necessary for the website to function and is used specifically to collect user personal data via analytics, ads, other embedded contents are termed as non-necessary cookies. It is mandatory to procure user consent prior to running these cookies on your website.